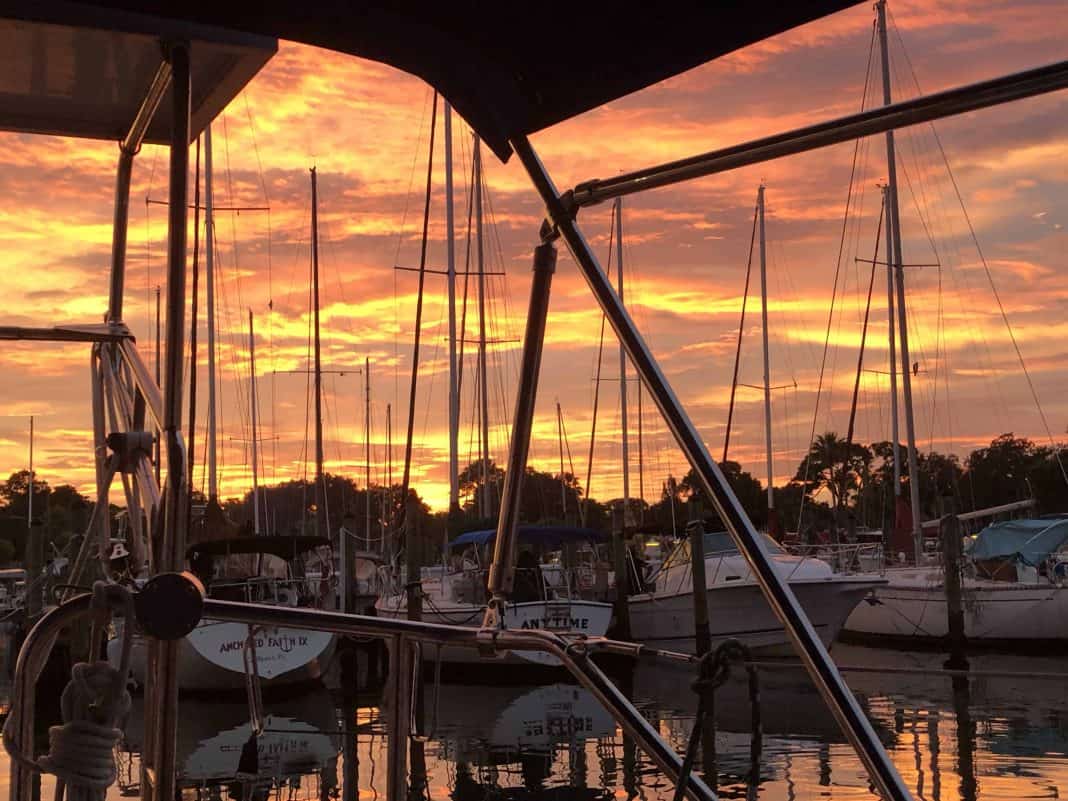 Drove through a lot of heavy rain in North Florida to get down here to Gulfport… and was rewarded with this beautiful sunset!

One or more Invasion Pale Ales may or may not have been consumed thereafter. (Okay, they were.) Sadly, they decided to make them seasonal—except here in the Tampa area!

I remember we were actually stopped by the Coasties on my birthday back in 2015. We were headed out of San Carlos Bay from Sanibel en route toward Marathon. As the RIB roared over our way, I told The Admiral, “This beer is yours.”

Back then, they had a cooler can design than they do now…but that’s just my opinion. 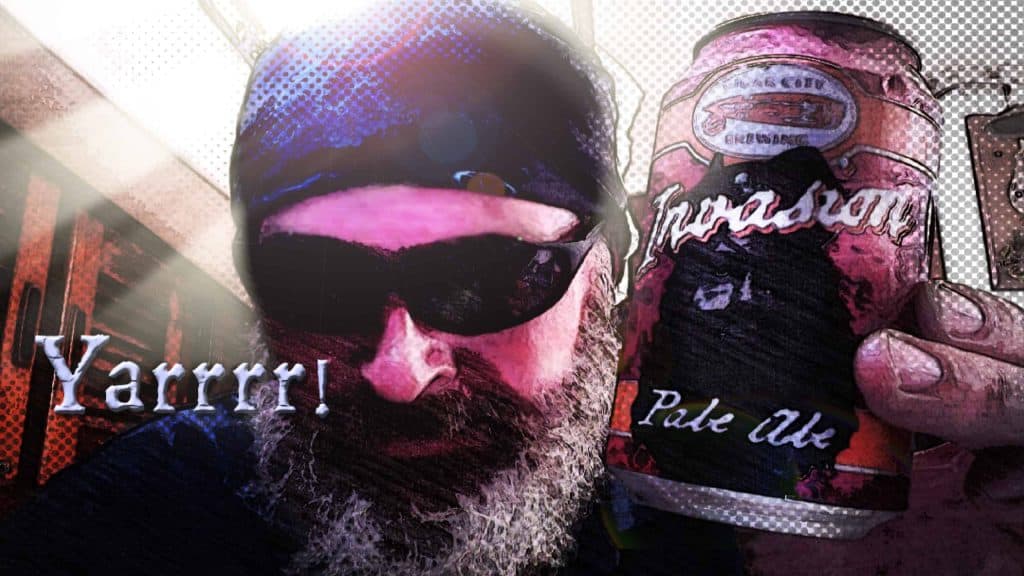 The Coasties were actually nice and professional (as always, in my experience)…although they had to consult a little spiral-bound manual to see what all they needed to check aboard a sailboat.

“It’s in the engine compartment,” I told them.

“It really should be in the cabin,” they said.

They only thing I was missing was another sign about not dumping plastic in the ocean, or some such thing.

“If you give me one, I’ll be sure to post it,” I volunteered. You can guess whether or not I’ve sullied my cabin with another placard.

After they finished, though, I got a clean bill of health: a little yellow slip of paper which I think was good for a year. I think I still have it in the nav desk just in case it’s useful.

ANYway, despite the tons of rain I heard we got yesterday and previously (and despite my dehumidifier apparently not dehumidifying), the boat seems okay from a leak standpoint.

Wait…I didn’t say that. You didn’t hear that.