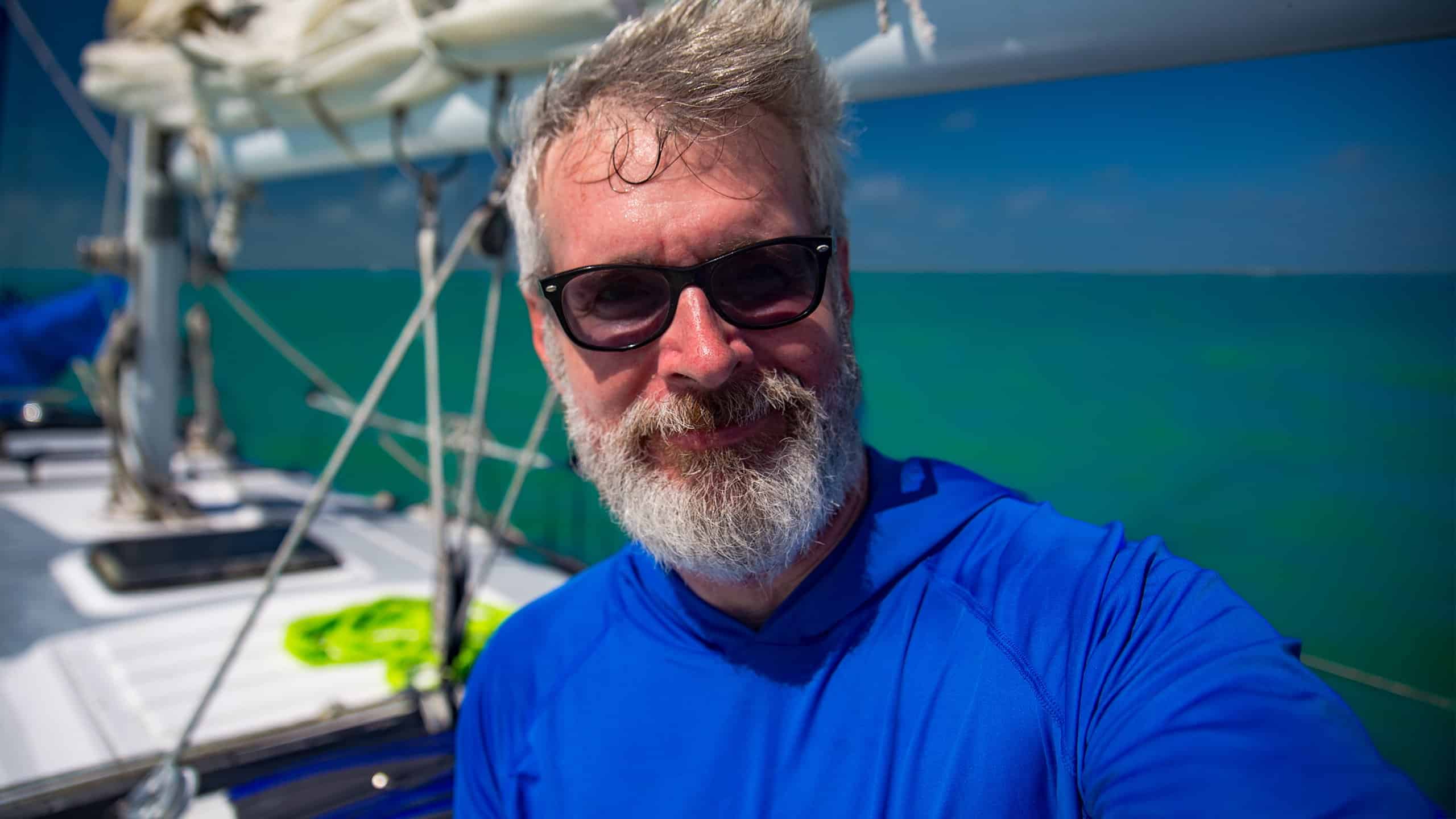 If you’ve been following along, you know I’ve been working on getting stuff organized so the remaining Season One episodes pop out faster.

And for the events leading up to this episode, I was actually starting to record “a shit ton of audio,” as I say (bleeped) in the podcast. As a result, there was a lot of good audio for me to choose from this time.

I hope you enjoy Episode 15, entitled “Persistence…?” (And as always, if you haven’t started at the beginning, I encourage you to start with Episode 1 of this series, which tells how I got started on this crazy journey.)

[Scroll down for photos and a map from the events covered in this episode.]

Thanks to our Founding 10 Patreon patrons! You are providing the ammo, as it were, for me to spend more time on the podcast and less time on “making the doughnuts.” That’s a pretty tortured metaphor. But anyway, listen to this episode for a shout out. 🙂

[As mentioned in this podcast episode…]

When I first wanted to get a bosun’s whistle, I ordered a very nautical-looking brass (I guess) model with a cool wooden case.

At least for me. Because I wanted a bosun’s whistle that I could actually whistle with. And the very authentic-looking whistle I got the first time didn’t work at all for me.

There is a trick to getting sound outta one of these puppies; but nothing I could do would make the brass model make a sound that resembled a bosun’s call.

Then I discovered THIS one.

It doesn’t look fancy like the brass model. But it works for me. AND it’s stood up to the salt air, and all manner of insults, for years.

You can catch a glimpse of me using it on this YouTube video (and you can hear it a couple more times in the video when I go under the drawbridges).

Click Here to get this Bosun’s Whistle on Amazon
OR
Get it free with this Patreon promotion.

Don’t worry, I totally don’t want to entice you into joining Patreon just to get a free whistle (and some other cool perks). But if you are thinking about supporting How Not To Sail…well, this could be an opportune time. (Current patrons, I gotcha covered…?)

Regardless, I’m still going to be confusing drawbridges, other sailboats, and the occasional Coast Guard RIB with my bosun’s whistle.

(Incidentally, I understand that a stylized electronic version of “piping the side” with the bosun’s whistle (you know what I mean if you’ve heard Episode 15) is what you hear on the original Star Trek series when the captain enters the bridge.)

Finally in this episode, Jacie Sails is pointed north, toward her home port.

After passing all that, I got a great view of the new and old Seven-Mile Bridge spans (with some beautiful water…

And then it was just…another twelve hours or so of motoring north across Florida Bay. Lots of dolphin, bonefish…and crab pots. Just damn.

In this episode, I again mention Nebo, which is a really cool ship’s log app for iOS and Android.

I started using it right before this trip, and it’s been pretty awesome. As you can see, you can add entries whenever you want, but it also automatically adds weather periodically (based on local weather reports), and latitude/longitude coordinates (not pictured).

And of course, it records your track! 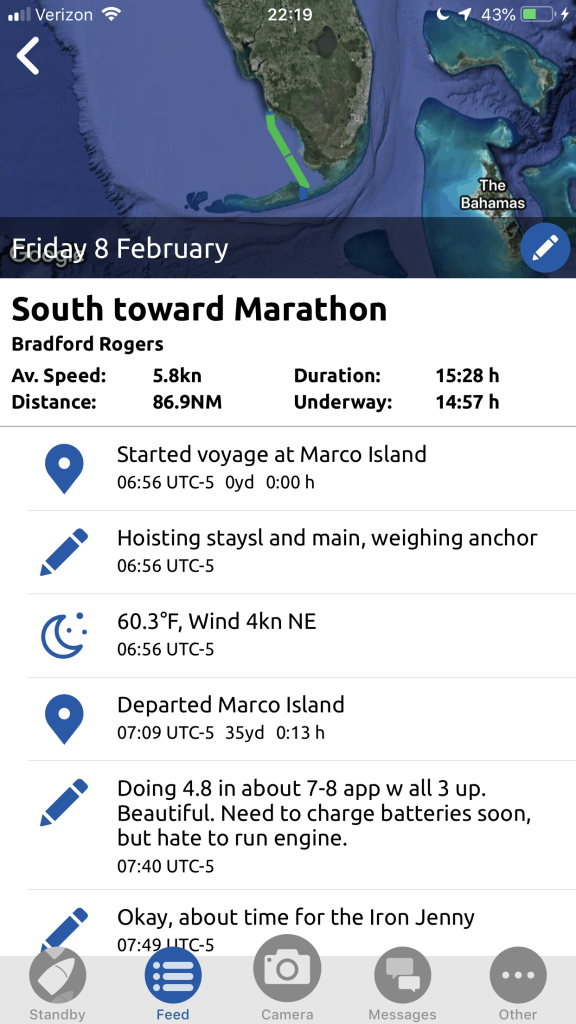 Nebo also generates a PDF of the log and sends you an email with the link. Here is the actual thingie Nebo generated from the day’s log. [NOTE: SALTY LANGUAGE!]

As promised, here’s my route from Episode 15, from my Navionics app on the iPhone… 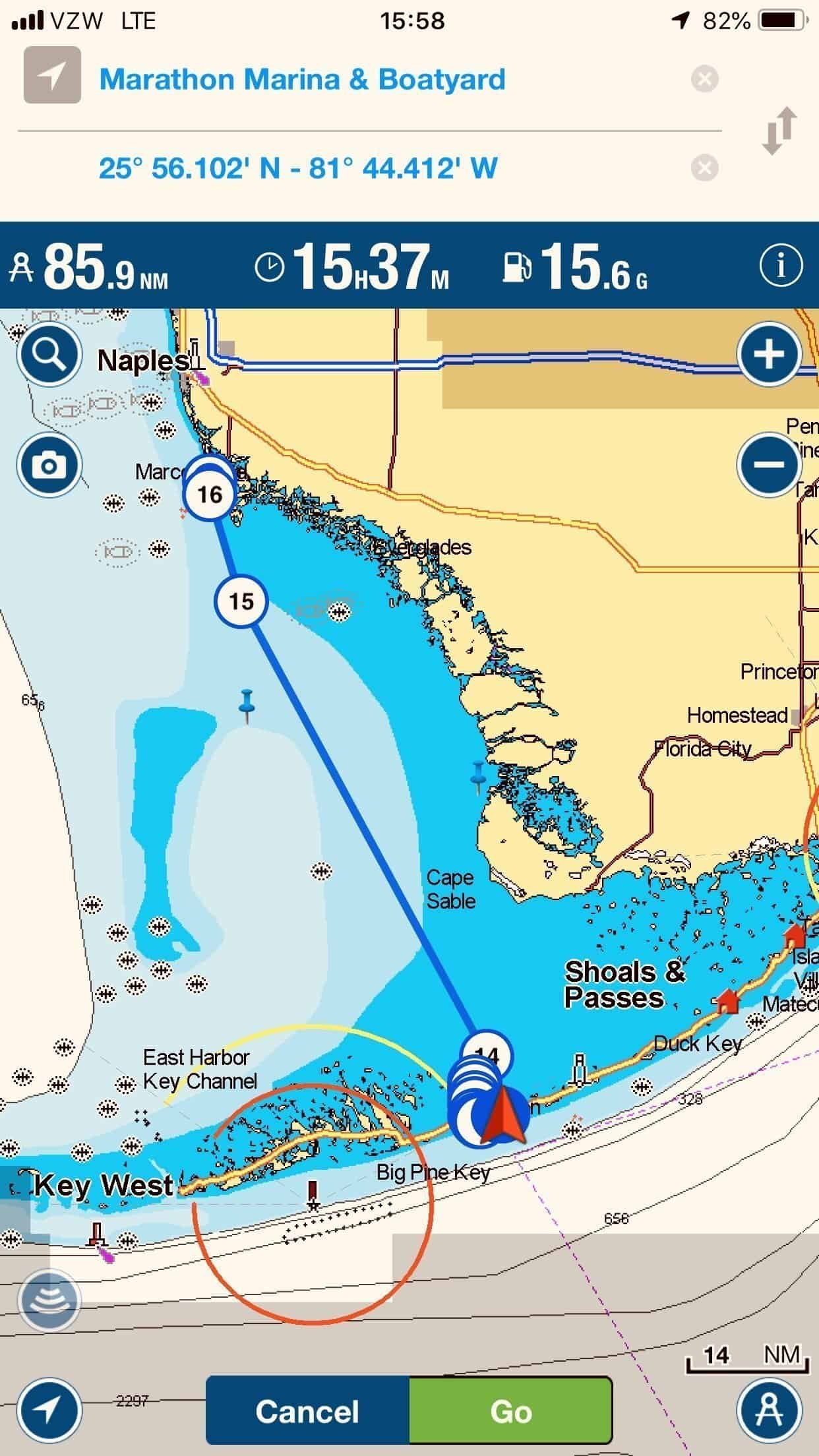