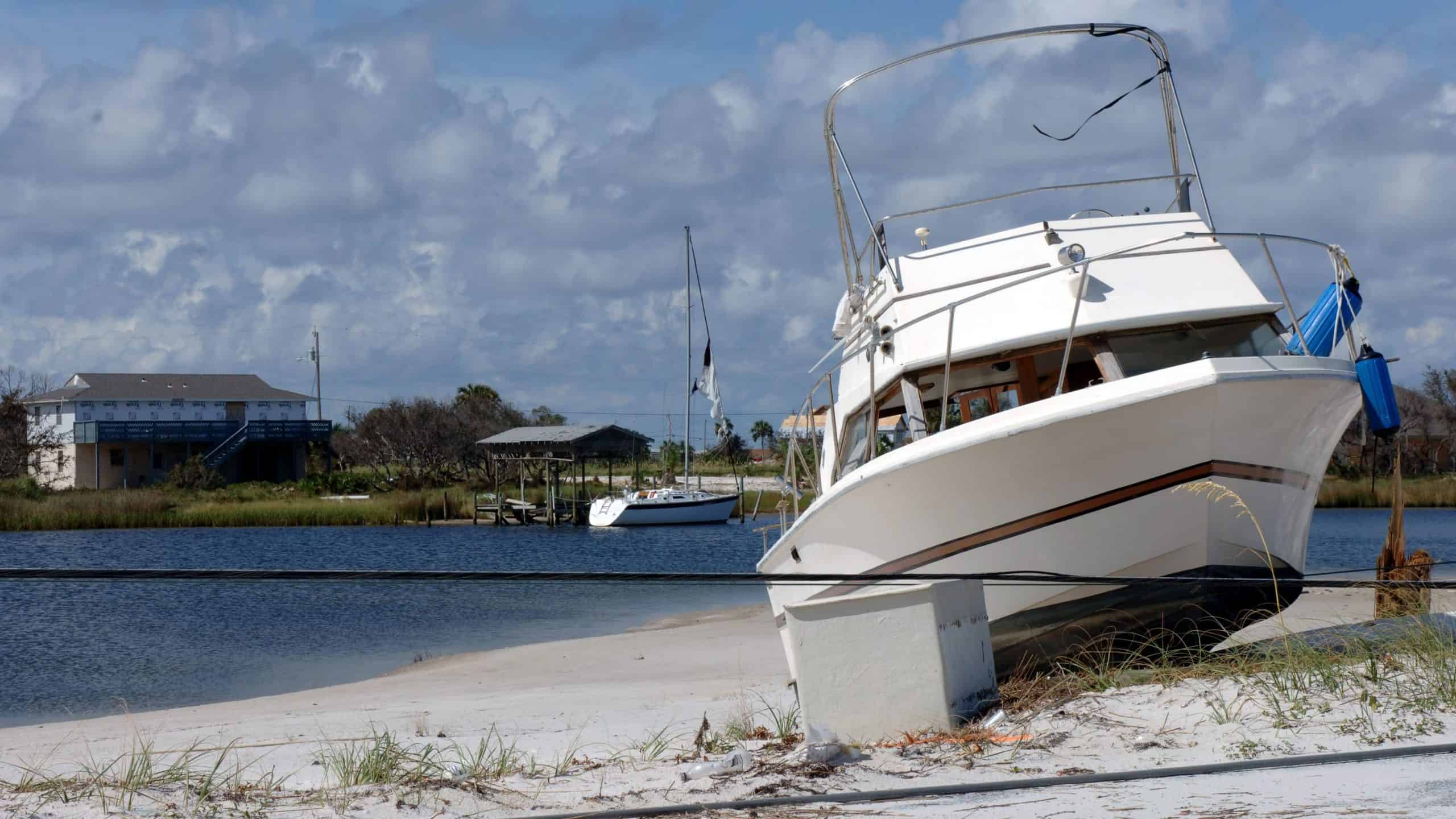 I have always loved the water. Even as a kid growing up outside of Detroit, Michigan.

When my grandparents retired and bought a condo in New Smyrna Beach, Florida, I thought I had died and gone to heaven. I would spend the summer with them in Florida for nearly 2½ months and return home just before school started again.

I love the water. I love the possibilities of the water, the unpredictability of the water…the color of the water. It’s the one place where I truly feel a sense of peace. Turn the motor off and just listen and relax. For me, it doesn’t get any better than that.

My boating background is much different than Bradford’s in that I have been focused on the powerboat side—although one of my fonder boating memories was in fact on a sailboat.

I had the opportunity to sail around the Caribbean for 8 days (St. Martin, St. Thomas, etc.) on a 90-foot sailing yacht that belonged to a very wealthy Palm Beach Real Estate Tycoon who shall remain nameless.

This person was friends with one of my friends and asked him if he wanted to spend a week or so sailing the islands and to bring a friend (me). We had a great time, the water was beautiful and the feeling of sailing at a pretty good clip with no engine sound is still quite fascinating to me.

The one drawback (and it was a big one for me) was the amount of work that it took to actually sail this vessel. He had a crew of people and all they seemed to continually do was “tack” this and “trim” that.

While I loved the experience of sailing, watching all the work that was involved steered me (maybe incorrectly) to the powerboat side. I mean what could be easier than turning a key and pushing a throttle forward…right?

Ahhh, the powerboat life…no work, quick and easy fun on the water. And never any issues or problems.

Really? Not so much. I won’t get into all of my bone-headed “How Not To Powerboat” incidents, but here’s one of my favorites.

The Birth Of BT

I was living in the general West Palm Beach, Florida area at the time. My father, my brother and I purchased a 30-foot Chapparral cruiser together.

It was our first what I would call “real boat” in that it had a full cabin, galley, head & shower, AC, stove; and could sleep 6 if it had to.

It really was a great boat and I still think very fondly of it. We named it “BT” for our own reasons which I was not going to disclose. (But what the heck. It was an awful brown color so my brother Dave said one day that it looked like a brown turd. BT was born.)

Well, I was out on BT one afternoon with a couple of friends and we decided it would be a great idea to go to one of the waterside cafes in the Palm Beach Gardens area to have a few cold beverages and a bite to eat.

On the way there we encountered a pop-up rain shower. No lightning so no big deal, right?

As I approached the cafe, there was one spot left to park BT and tie off on the floating portion of the restaurant. I was coming in at a very slow speed because I am a big believer in the “low and slow” theory with approaching another boat, dock, slip, etc.

That theory basically says that the slower you can approach an object while still being able to maintain proper control and steering is the best option. Should there be a misjudgment on the approach, any contact that is made will result in minimal to no damage as a result.

Everything was going perfectly, then… Remember I mentioned that we encountered a pop-up rain shower? The deck of BT (including where I was standing) was very wet. The shoes I had chosen to wear were not at all marine quality or anti slip…you can probably guess what happened next.

As we got to within 10 feet of the tie-off site my foot slipped from underneath me and I fell in such a way that my hand hit the throttle forward and BT lurched ahead with the power of its twin 400 chevy engines.

I was still on my knees and could not see ahead of me, but I was able to reach up and pull the throttle back…but not before the impact with the floating portion of the restaurant.

What I heard next was the sound of people screaming…some swearing, glasses falling and some of them breaking. You can imagine.

I was able to get BT shut down and tied off. As I made my way up the ramp into the restaurant/bar area I apologized to the diners—who until my arrival had been enjoying a beautiful meal and drinks on a lovely floating paradise.

I immediately went to the manager and told him what had happened outside and we went down and took a look at the impact area. Thankfully there was no damage to the restaurant and only very minor cosmetic damage to BT…what a break that was!

The manager said not to worry—and in fact bought a round of beverages for my friends and I. What a nice person. We were there for a couple of hours and decided that it was time to go so we headed back to BT.

As I climbed on board, I noticed some people getting up and moving away quickly from the floating portion of the restaurant. “What’s wrong?” I asked one gentleman.

“I was here when you pulled in, and I’m well aware of your boating skills,” he said.

What could I say?