So, I broke down and got a DJI Mavic Air drone for the How Not To Sail YouTube channel…and I’m quite pleased!

I’ve been putting it off for a while, but I finally decided it was time to take the plunge and get a drone for the YouTube channel. After some back and forth—including looking at the Mavic Mini, which was a strong contender—I settled on the DJI Mavic Air.

I ordered the “Fly More” kit, and had it sent to the marina to meet me, as I was taking Pops down to the water for some R&R and me to the boat for some maintenance and to shoot the trailer for the YouTube channel (coming soon!).

The Answer Is Yes!

So, thankfully I already had some experience with the DJI Phantom 2+(? 3+?), and I was able to figure out the Mavic Air enough to get some decent shots (and some half-assed shots) during my short window in Florida.

And I’ll have some Pros and Cons below shortly, but just to let you know the bottom line…

I think the DJI Mavic Air is a winner, particularly for #HowNotToSailers. It’s compact, not too pricey compared to others, and has a ton of cool features.

However, if you’re thinking about buying a DJI Mavic Air or similar drone to get some of those super-sexy aerial shots you see on YouTube, then I should probably manage your expectations a bit. Not to dissuade you… Drones are pretty fun regardless, but to get good video requires not only the right drone, but also some skills.

Especially around boats and salt water.

Knowledge (and Practice) Is Power

You’re probably not going to get the results you see near the end of the video unless you know what you’re doing.

Maybe you’re just a genius, or lucky…and if so, feel free to let me know in the comments! But you can’t just set the drone on the default or “Auto” settings, fly it around, and end up with professional-looking video.

First off, you need to know something about shutter speed, aperture and ISO, and how they affect each other, specifically for video. (See below for a very short primer.) You need to be dialed in to get a good range of exposure without crushing the blacks or blowing out the whites.

(Oh, and there’s white balance, too. Later for that.)

Secondly…duhhhh…you have to know how to operate the drone! Like, RTFM already! There’s a lot to know about the DJI Mavic Air, and I just barely was able to get up and running in time to get some decent shots last trip before I had to leave the sea.

Which leads me to…

Stay Away From The Water!

Yeah, yeah, I know. I didn’t stay away from the water, did I?

I have had some experience with DJI drones before. And well, maybe fortune smiles upon the stupid sometimes.

But please take this to heart: No matter how anxious you are to get those awesome water shots, practice first on land, in an area with a lot of open space to take off and land, until you’ve experienced all of myriad things that can go wrong with the drone!

And speaking of which…

I know it’s a buzzkill, but yes, you are required to register any drone over a certain weight with the FAA.

The only DJI drone exempt from that requirement is the Mavic Mini, I believe, due to its light weight. Unfortunately for me, it doesn’t shoot 4K, and I figured I really needed 4K to get the results I wanted. Your mileage may vary, and the Mavic Mini is a solid choice if 4K resolution isn’t critical to you.

The good news is, it’s not a huge pain to register. Just be aware of scams (um, including from the manufacturers) that suggest you pay $30, $45 or more for registration. It’s $5 for recreational flyers, direct on the FAA site.

But remember…whether your drone is exempt or you’ve registered or whatever…it’s now illegal to fly in restricted airspace without permission, or higher than 400 feet anywhere.

Here is the exact package I ordered: https://amzn.to/2tLtUBd

I’ll spare you the tech talk for another time, but let’s just say than when you’re shooting video (as opposed to still photos) out in the sunlight, you must use Neutral Density (ND) filters if you want your footage to look professional. Here’s the skinny:

*Assuming you are shooting 24 frames per second, which is the film standard. “TV” video is 30fps (well, 29.97), but it looks terrible to me. I’d use 24 fps for anything going to the web, unless it’s something like a sports program where a higher frame rate is required. But choose before you shoot! It doesn’t look optimal to try to combine the two.

What I Got (Filters)

Well…you can see in the video HERE. Just bear in mind, the actual 4K video is at about the 3:28 mark in the video. I’m using screen grabs and other lower-resolution stuff to explain how I got there, and to illustrate various features.

With some knowledge, planning, patience and caution I believe you can get some pretty cinematic footage with the DJI Mavic Air. 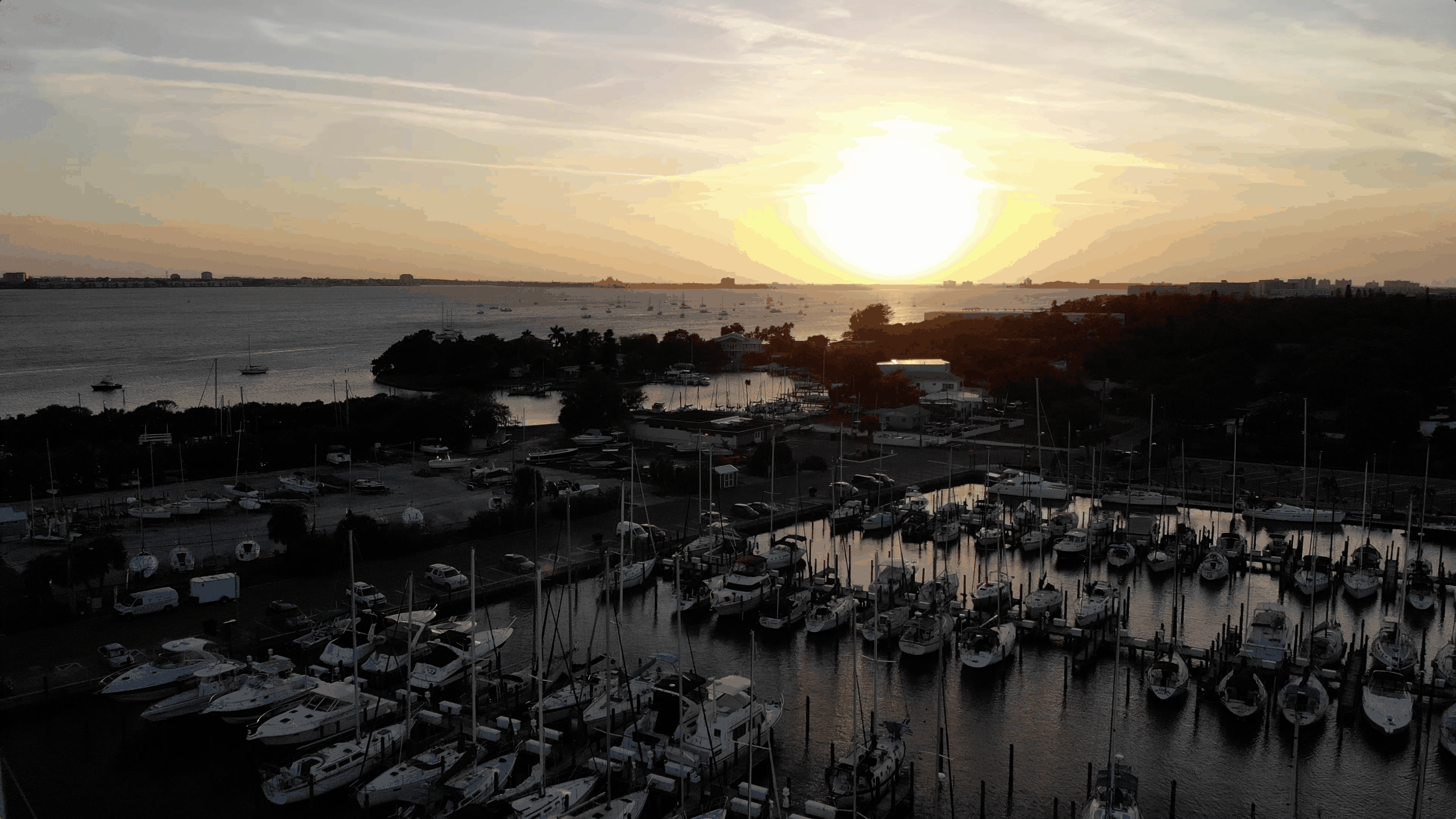 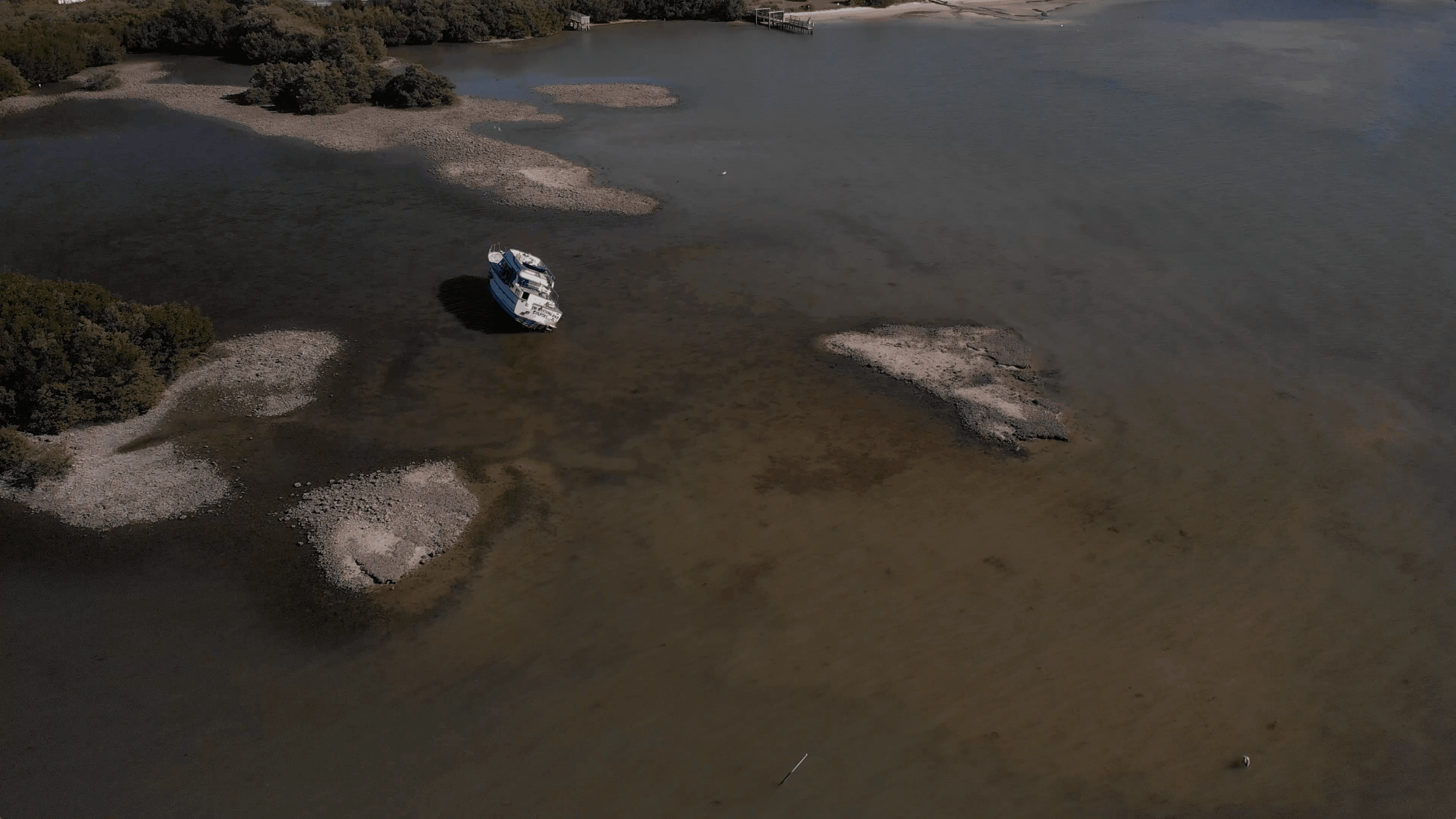 You can get my book How Not To Sail on Kindle and paperback here:

The audio podcast has been going since March 2019, just after the Miami Boat Show.

If you didn’t know already, Season One is the story of me sailing alone from St. Pete to Miami for the boat show…to launch this podcast. (So, yeah…kind of a “meta” thing there.)

On the way, you can bet I meet some salty characters, encounter some setbacks, and make some stupid mistakes.

You can hear and subscribe to it wherever you listen to cool stuff: Apple Podcasts, Google Podcasts, Spotify, Pandora, Stitcher, Radio Public…you name it!

(And who should be making a featured appearance in the very first episode, but…Bob Bitchin!)

LISTEN TO THE FIRST EPISODE

Where Else To Find Me

I rely on SiteGround hosting and domain registration to help maintain my sanity. Check ’em out if you need a fast reliable website host or cheaper domain hosting.
https://www.hownottosail.com/siteground

Everything listed here I use and love. Yes, I make some ducats if you buy via the links. Not everybody needs every piece of gear, so do your homework before dropping any bread…and hit me up in the comments if you have any questions!

(I’ll be expanding this list…stay tuned! I have a lotta gear…)

Episode 11: My Favorite Dance is the Whiskey Tango Foxtrot