Sounds can be critical on a boat. In this episode, I visit the home of the Cheeseburger in Paradise to record my show on Pyrate Radio, try to score an interview with the island’s elusive and colorful owner…and hear a new and disturbing sound.

As usual, I’d recommend listening to the podcast. But as a little added context, here are some pics from this episode.

As you can see from the map, a full day’s sailing doesn’t get me much closer to Miami. But it’s a start…

NEVER rely on me for navigational advice. You’ve seen the title of the podcast, right??!? ‘Nuff said!

This episode begins, more or less, with me noticing greater-than-usual vibration as I close on the swash channel at Boca Grande…which may explain why I had all the sails up. (Also, it clearly wasn’t blowing a lot.)

Just for reference, and so you can follow along, below is where I was. I do NOT recommend that you use the swash channel. That’s on you, Holmes…

I will say that when I do such things, I usually use the Navionics mobile app, with the Sonar Charts option/view on. It provides much more detailed depth information than you see here, and the data comes from actual boaters uploading their depth info as they go. So it’s basically crowd-sourced, which is way cool for well-traveled areas.

Still, large waves, unusual tides, shifting sands not charted, and all kind of other wrinkles can wreak havoc. So I think I’ve made my disclaimer clear here, right?

If my cool gadgetry went out, I would totally go back to the main channel…and try to do it during the daytime. (I almost ran into one of the large channel buoys at night one time, having not paid close enough attention to the chart to notice that many of the buoys are not lighted!)

As you can hear in the podcast, though, I eventually got through Boca Grande and south past Cayo Costa to Cabbage Key.

Cabbage Key is a different kind of place. If you’re into nightlife and shopping, you’re probably in the wrong neck of the woods. 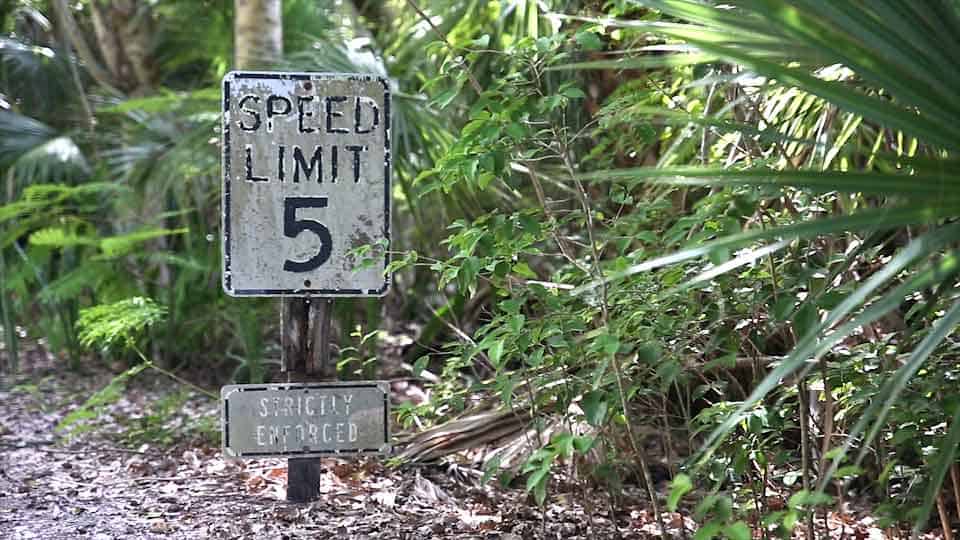 I actually wrote a little tongue-in-cheek piece about Cabbage Key…which, given the How Not To Sail bass-ackwards way I approach everything, is called “Seven Reasons Not To Visit Cabbage Key.”

Besides securing an interview with Cabbage Key’s owner Rob Wells, I also wanted to broadcast my radio show from Cabbage Key since I was there and all…

I’ve been doing a weekly radio show on Pyrate Radio called “The Captain Billy Shine Show.” It’s on most Saturdays from 1–6pm EST on PyrateRadio.com as well as the Pyrate Radio iPhone app and Android app. (I recommend the mobile app for convenience.)

You’ll hear a few bits from the show in this episode.

Bit of trivia here…the vest and cap above were used by the artist as a reference for the illustration below. The cap is from Chabil Mar resort in Belize and has a little stylized starfish on it.

(It’s getting pretty worn, so I guess it’s about time to go back and get another!)

Also, the name of the bar here is a tribute to my buddy Wayne Stinnett‘s novels. I highly recommend! 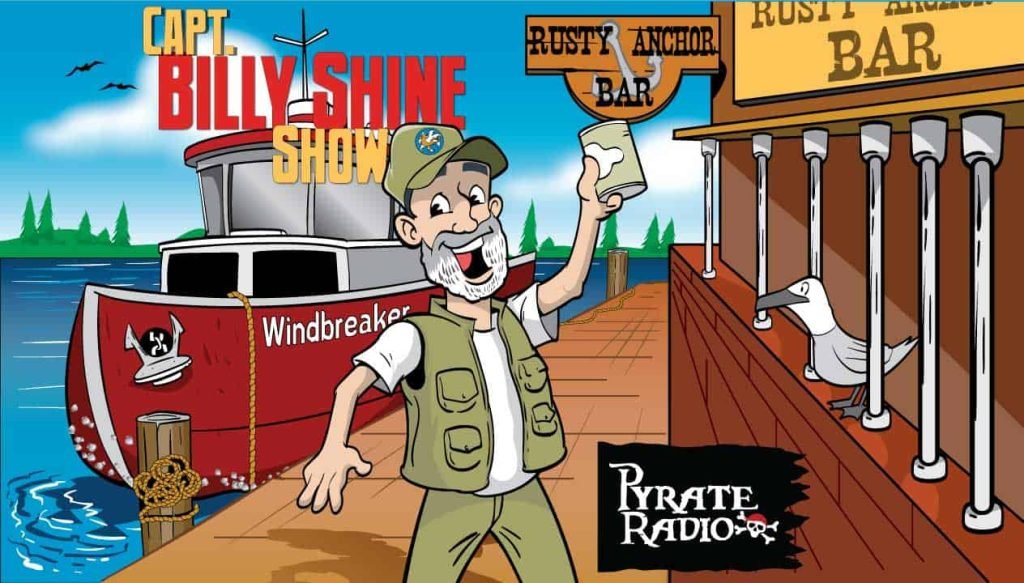 After diving on the cutlass bearing again and rinsing off, it was time for a little silliness. (Not to worry, I had shorts on. I think.)

A Sound in the Night

You’ll have to listen to the podcast for this part…but let’s just say fenders play a role.

Breakfast with a View

One of my favorite times at Cabbage Key is breakfast. None of the daily visitors have arrived. A great time for thinkin’ with a cup of coffee.

Time to move on…

Alas, all good things must end, and it was time to move on. But on the plus side, there would be plenty of opportunities to meet interesting people, visit awesome destinations, and do stupid things…which make for a great podcast.

Blog Entries From This Episode

In case you’re interested, here are my original blog entries from the couple of days covered in this episode: