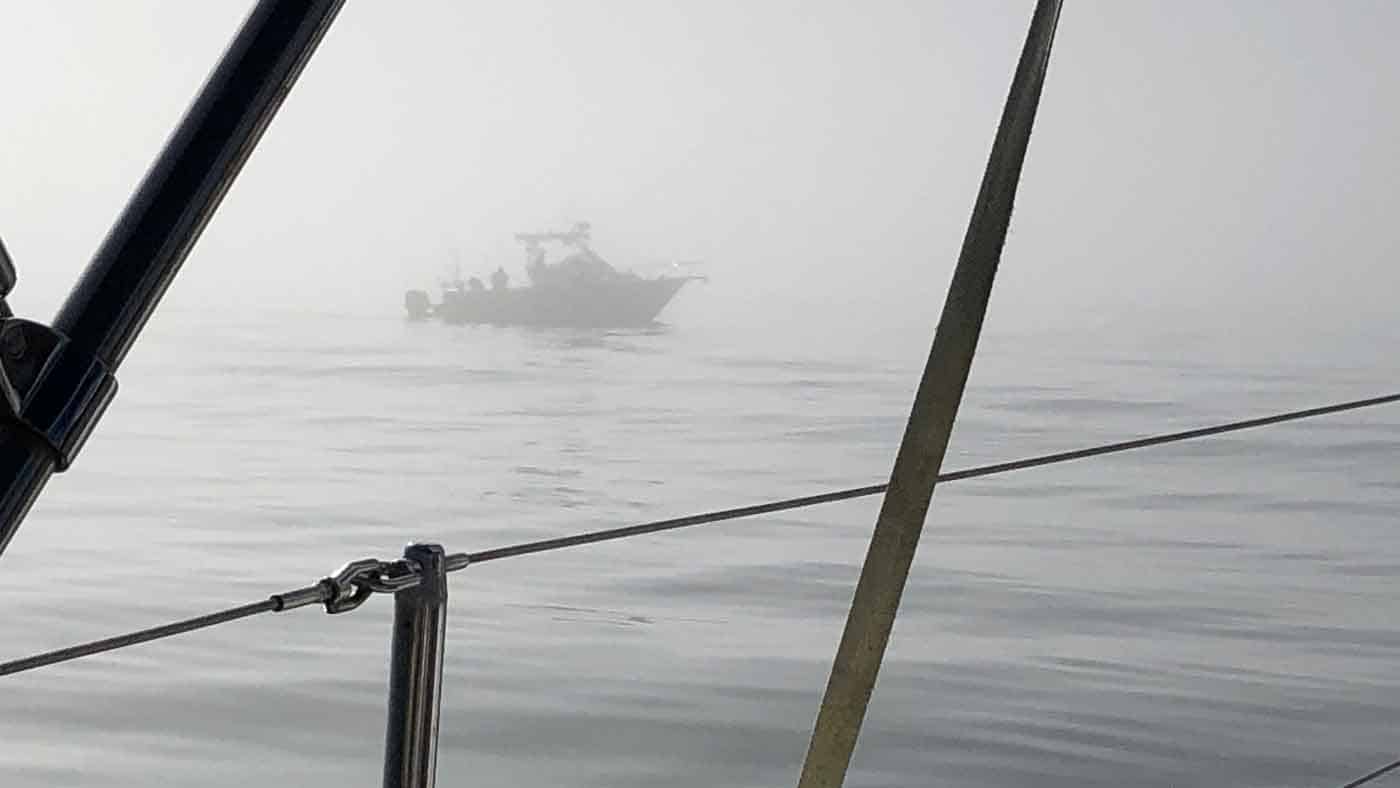 Besides crab pots and lightning, fog is probably my new least favorite thing. In this episode we run into fog both literal and metaphorical.

If you haven’t heard the first two episodes yet, I highly recommend starting with Episode 1.

In case you’re the TLDR type, in Episode 1, I talked to cruising legend and former bodyguard to Evel Knievel Bob Bitchin.

In Episode 2, I hung out with amazing musician and performer Peter Suarez, and recorded the theme song for the podcast. At the end of which, Peter had seven very interesting words:

And so it was.

As I finally got underway on my trip, the fog rolled in. And was reminded of another time recently in Clearwater when the fog was rather bad…

So I double-checked with “The Admiral” (Tanya), to make sure my memory of events was right.

“It seemed…like a huge tanker.”

I’ll let you actually listen to the podcast for that part, as I won’t do it justice here….but let’s just say we had one of those “Code Brown” moments.

As I mention in the episode, though…we also have another kind of “fog” going on.

Our two “girls,” Daisy and Ginger, both passed away at the age of fifteen-and-a-half, within two months of each other, both of cancer. They were sisters.

The house has been very strange and quiet.

Also, at this point in the trip—the very beginning, that is—I have my interview with Bob Bitchin, but I don’t know exactly what form the podcast is going to take. Will it be a chatty interview show, like The Multimedia Ninja? Or a more narrative style, like I’ve been experimenting with lately?

I turned to my buddy Chris G. Parkhurst of The Documentary Life podcast for some trusted feedback.

Chris’s thinking was pretty much along the same lines as mine…but I wasn’t quite ready to decide on a format yet. After all, I had several weeks before the first episode was due.

So I guess we’ll see…