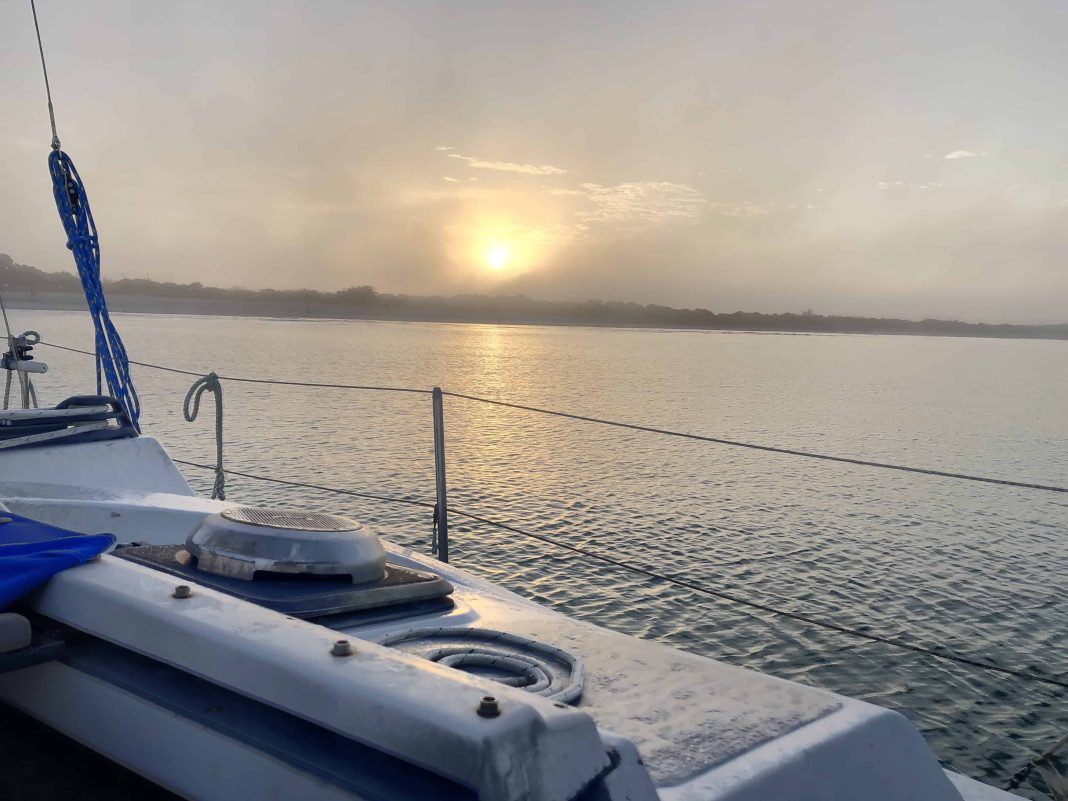 The wind has come around more northeast than northwest, so now it’s much less bouncy than last night.

Sailed off the anchor…nice! Put up the staysail, then the main, before raising the last bit of rode and anchor, then added the jib as soon as we fell off—in the right direction, no less!

Turns out the wind is NW…to nonexistent. After enjoying sailing for a bit, now motorsailing SSE with all three sails up, just in case they prove useful.

Turned off the engine just a few minutes to do a little Facebook Live. Just ghosting along. 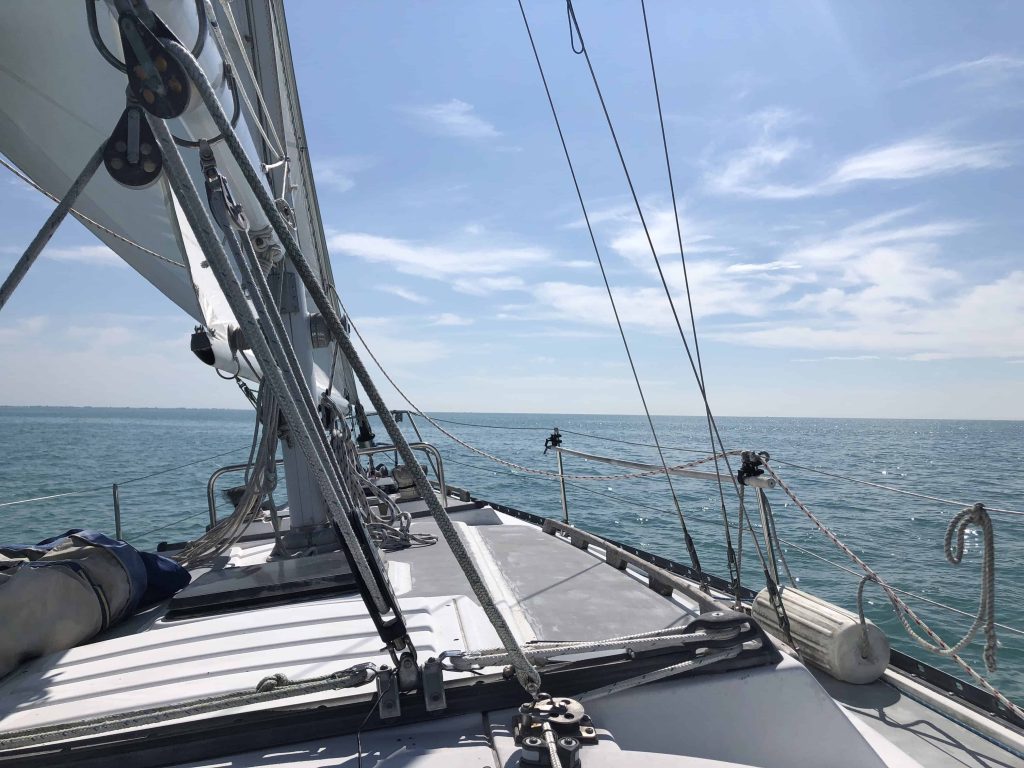 Turned the engine back on. Seems a little rougher. I’m concerned the cutlass bearing is coming out again. Grrrrrrr….

The people on the beach at Boca Grande probably thought I was crazy passing so close to the old pier. But there’s a swash channel there that can cut off the 3-mile detour out into the Gulf to the official channel entrance. (Don’t quote me on that.)

Ahhhhhhh…. Cabbage Key. I believe that will be all for today. You can see why. Time for a shower and a great dinner. More of the usual foolishness tomorrow.