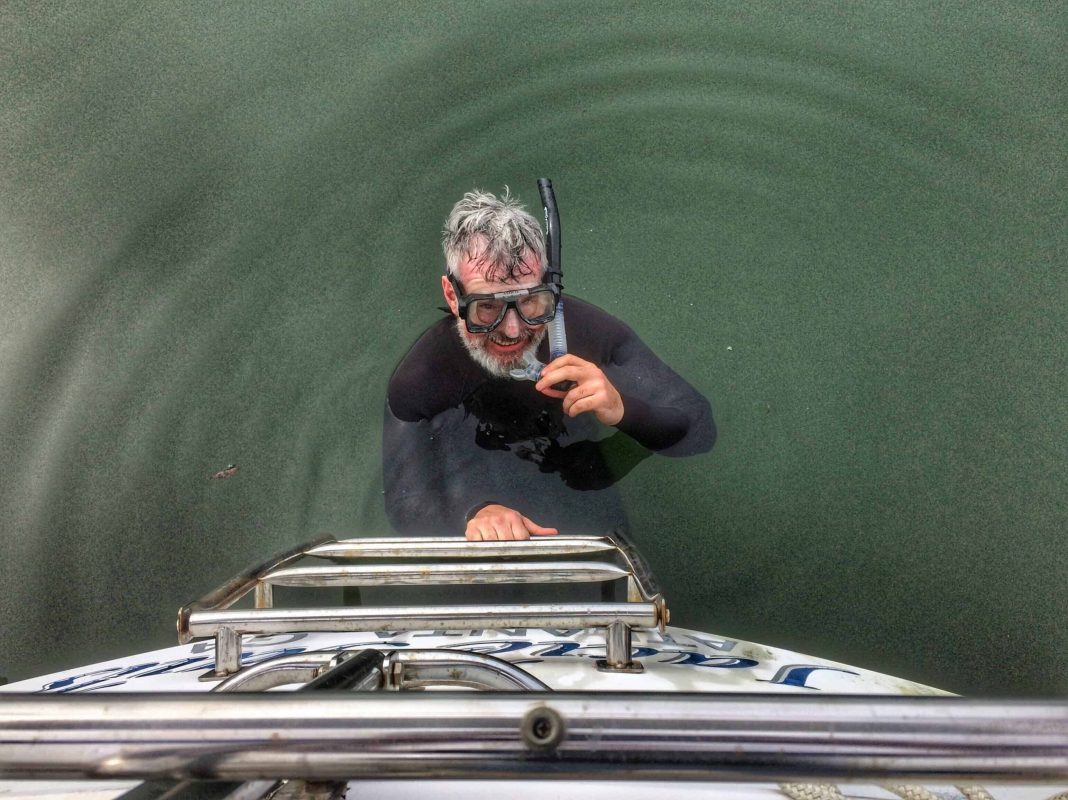 Thanks to the good offices of Tucker at Gulfport Diving Center, I now have a weight belt and weights.

I’m concerned the cutlass bearing (the thingie that keeps the prop shaft in place in the strut) has come out. Actually, I know it has, because the hull cleaner guy took some underwater video of it.

After cranking up the engine, I’m more concerned that I might have done something to the transmission last time I ran aground and jammed it suddenly into reverse. I hope it’s just the cutlass bearing. 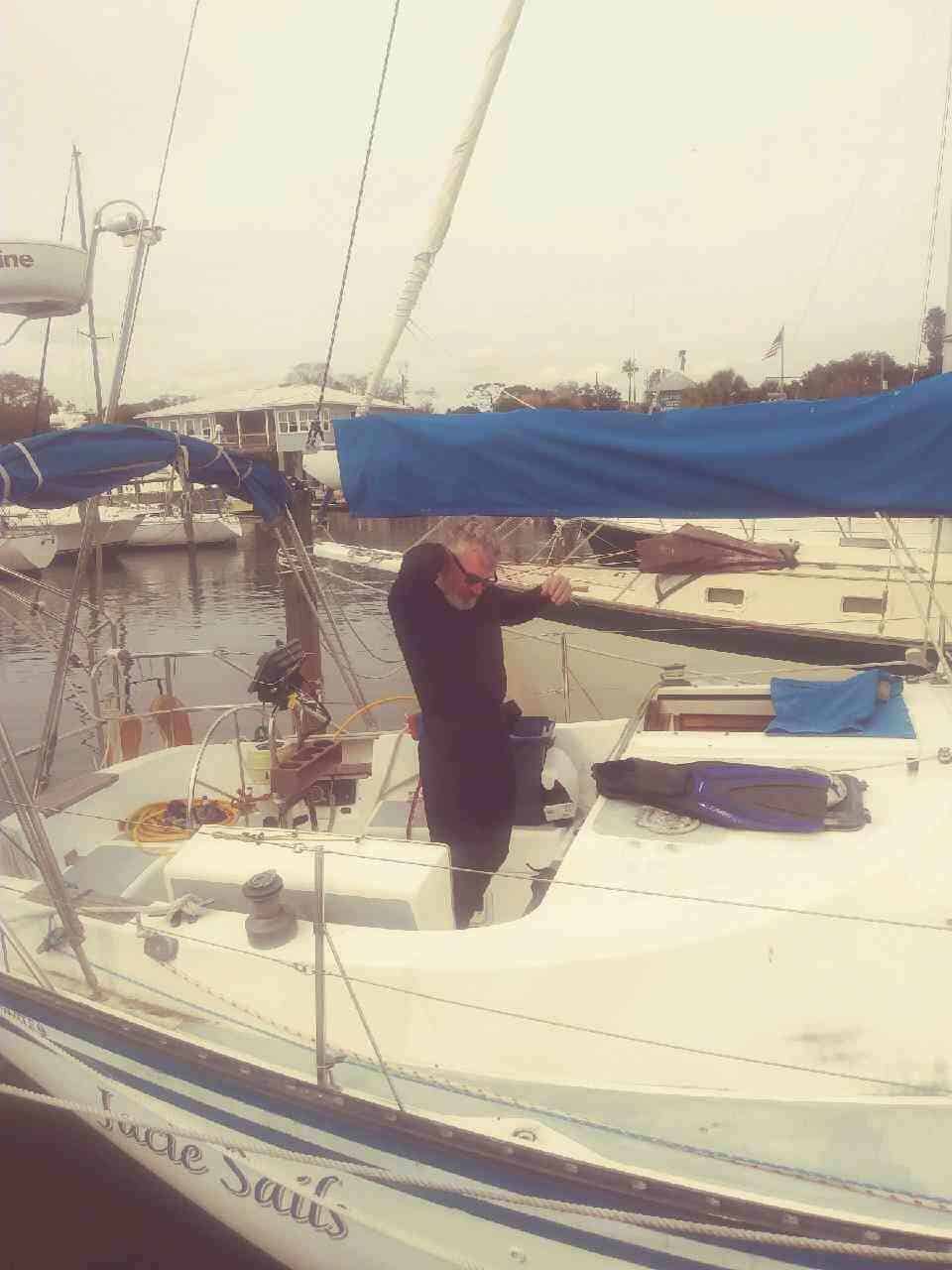 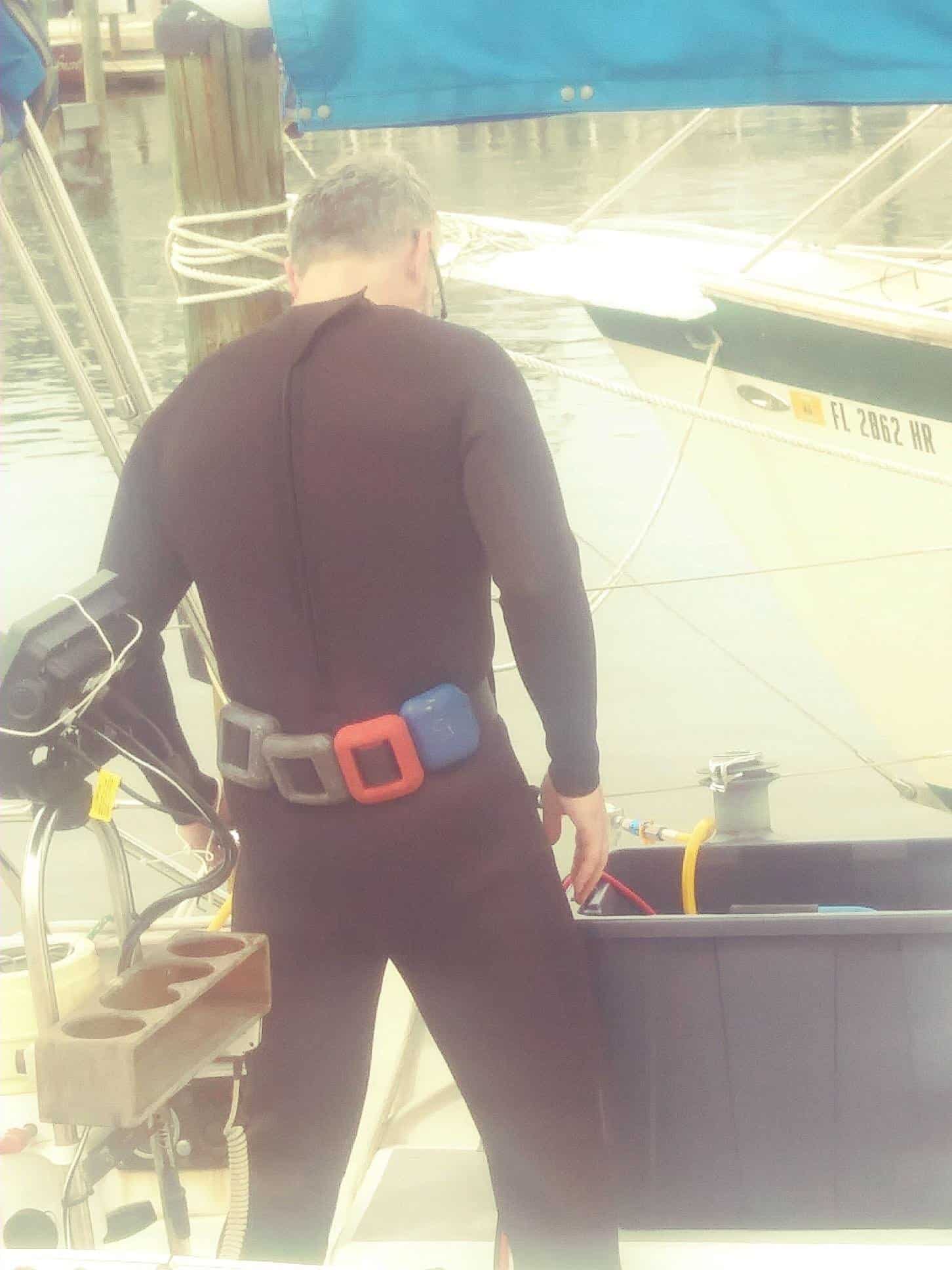 Into the water. Thanks to my buddy (and former Navy diver) Cliff for being the topside hookah tender.

Yep, the cutlass bearing was completely out of the strut, and one of the two set screws that hold it in place (the forward one) was missing entirely.

I started tightening the aft set screw…and then dropped my allen wrench. Into the muck at the bottom of the marina.

But I climbed back aboard, cranked the engine, and…smooth! (Well, as smooth as it gets.)

Cliff was kind enough to run to Ace Hardware to buy some more allen wrenches. Then I finished tightening the aft set screw and putting a new screw in the forward screw hole.

I futzed with the exact tightness, then, satisfied, climbed aboard again and tested the engine one more time. Seems good.

Met Cliff and Laurene at Chattaway to celebrate our success. 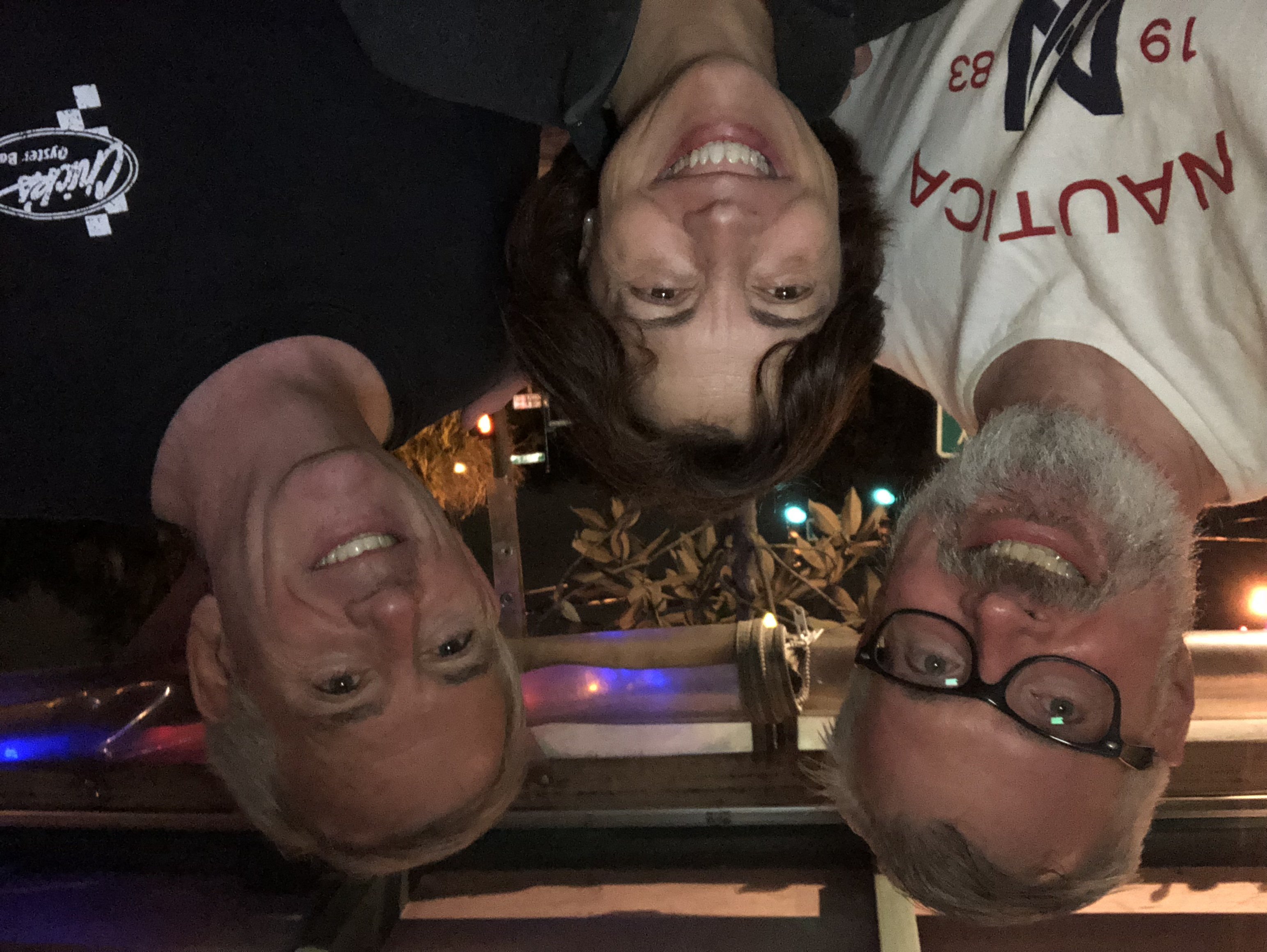 Talked to Pops on the phone. About time for sleep. The days start early and end early aboard.