Home Blog Why’s it so damn cold in Florida? 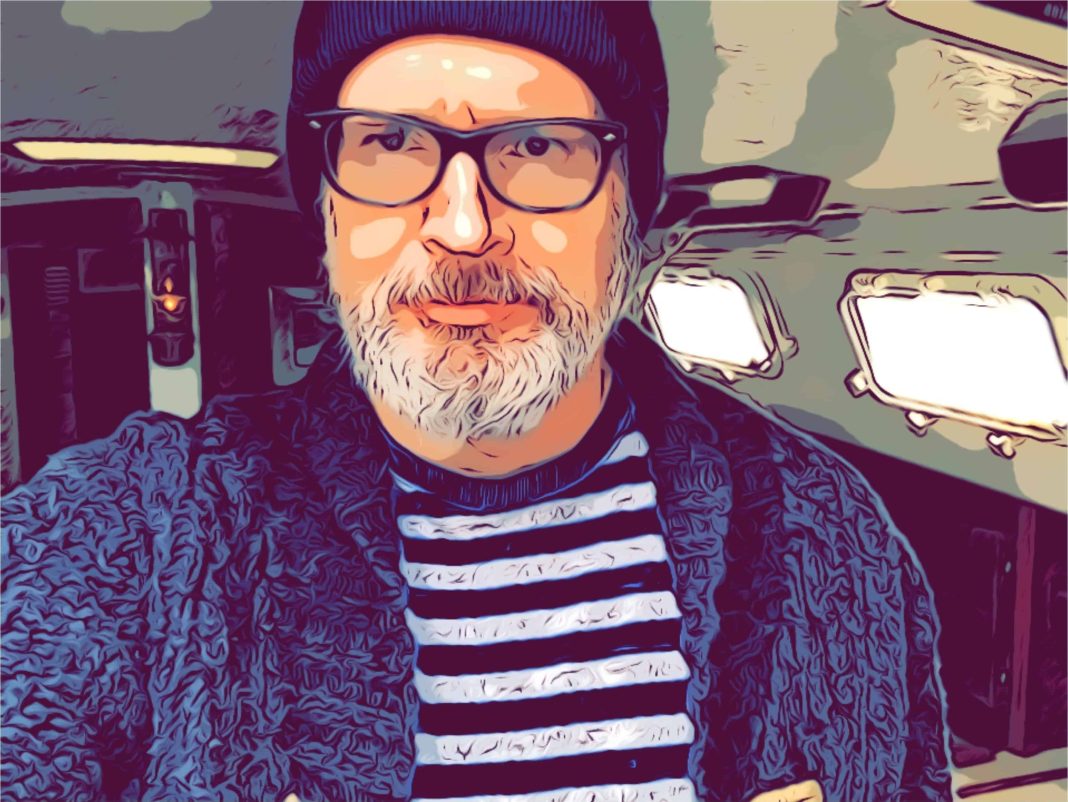 Of course, it’s 26° in Atlanta and -7° up North, where unfortunately my Michigan brothers and sister just lost their father. (Fair winds, Salt…there won’t be another like you.) So I shouldn’t complain.

I was researching flights up to Michigan. It actually looked cheaper from Tampa than Atlanta, but was still economically unfeasible. I hope everybody understands. A lot of folks think that owning a boat (much less an ocean-capable sailboat) means you’re rich. Experienced boat owners know it really means you’re poor. Fact is, I will spend less this month on the boat than I would in Atlanta.

SO many things left to do, but I stuck to my guns and pulled out of the driveway around 8:15 on Jan 29. What ain’t done will be worked around. Atlanta traffic is never a joy, but it wasn’t terrible. Glad to be getting out of town before “the Big Game,” as the NFL would like you to call it.

Stopped to put on my red hoodie ($1 after birthday gift card from neighbor… Thanks, Sherrill!)

Actually about to have to turn off the air conditioner…took off the hoodie a couple of hours ago.

Stopped off to pick up a “snuba” (scuba hookah) diving rig from Steve in Plant City. Will see if I mention his name. Cash price not the same as we discussed, but did he throw in some extra stuff? Or did I pick up somebody else’s order. Hmmmm….

Arrived at the marina. Boat looks healthy. Catching up with Peter on Duende. who just got back from a delivery from Maryland(ish) to the Bahamas.

[NOTE: Peter is the victim—er, subject—of Episode 2 of the podcast, Control.]

…and I seem to have deleted some of the text I had here before, but, um…here are the next 24 hours or so, in a nutshell.

A visit to the facilities. 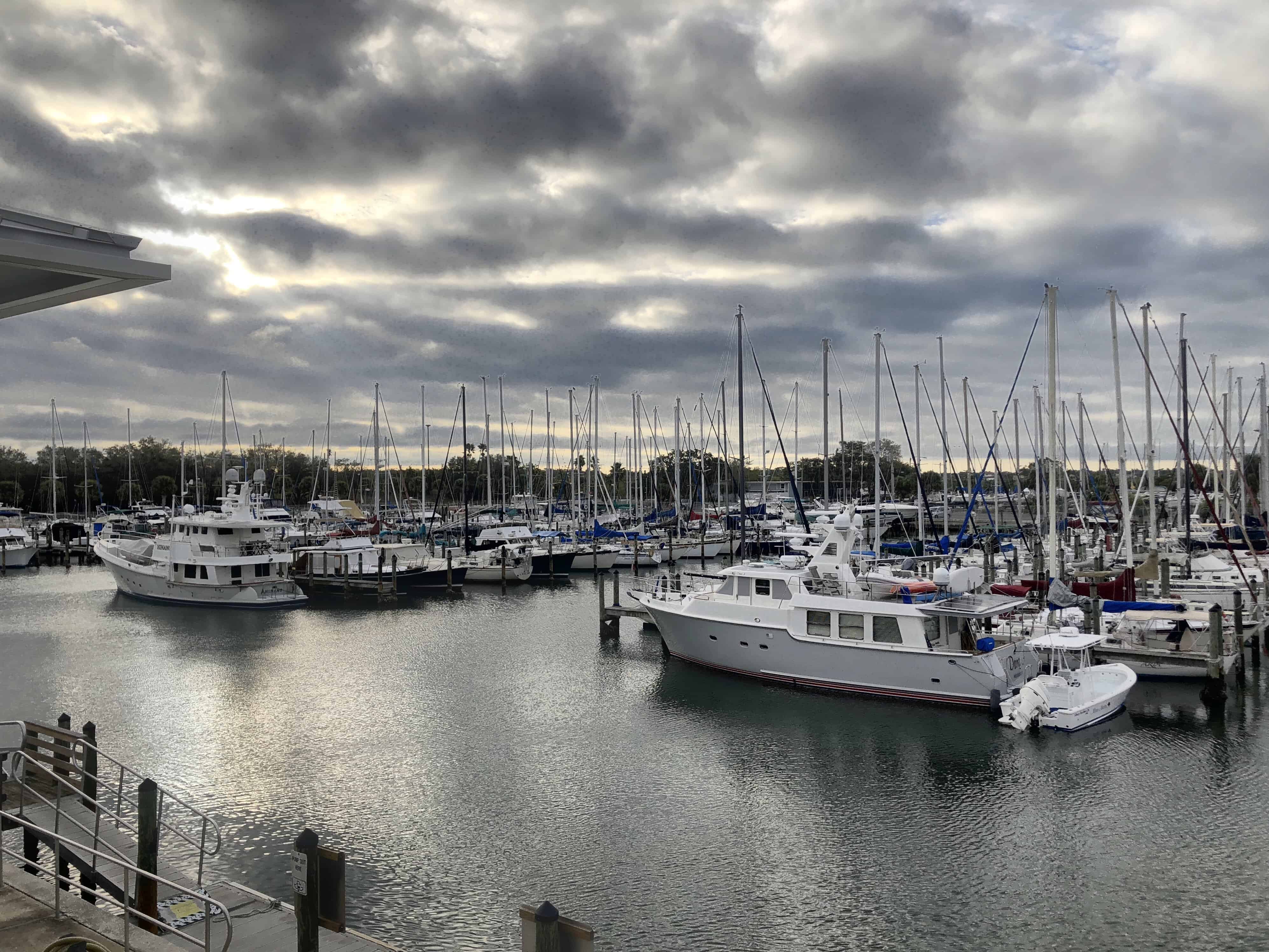 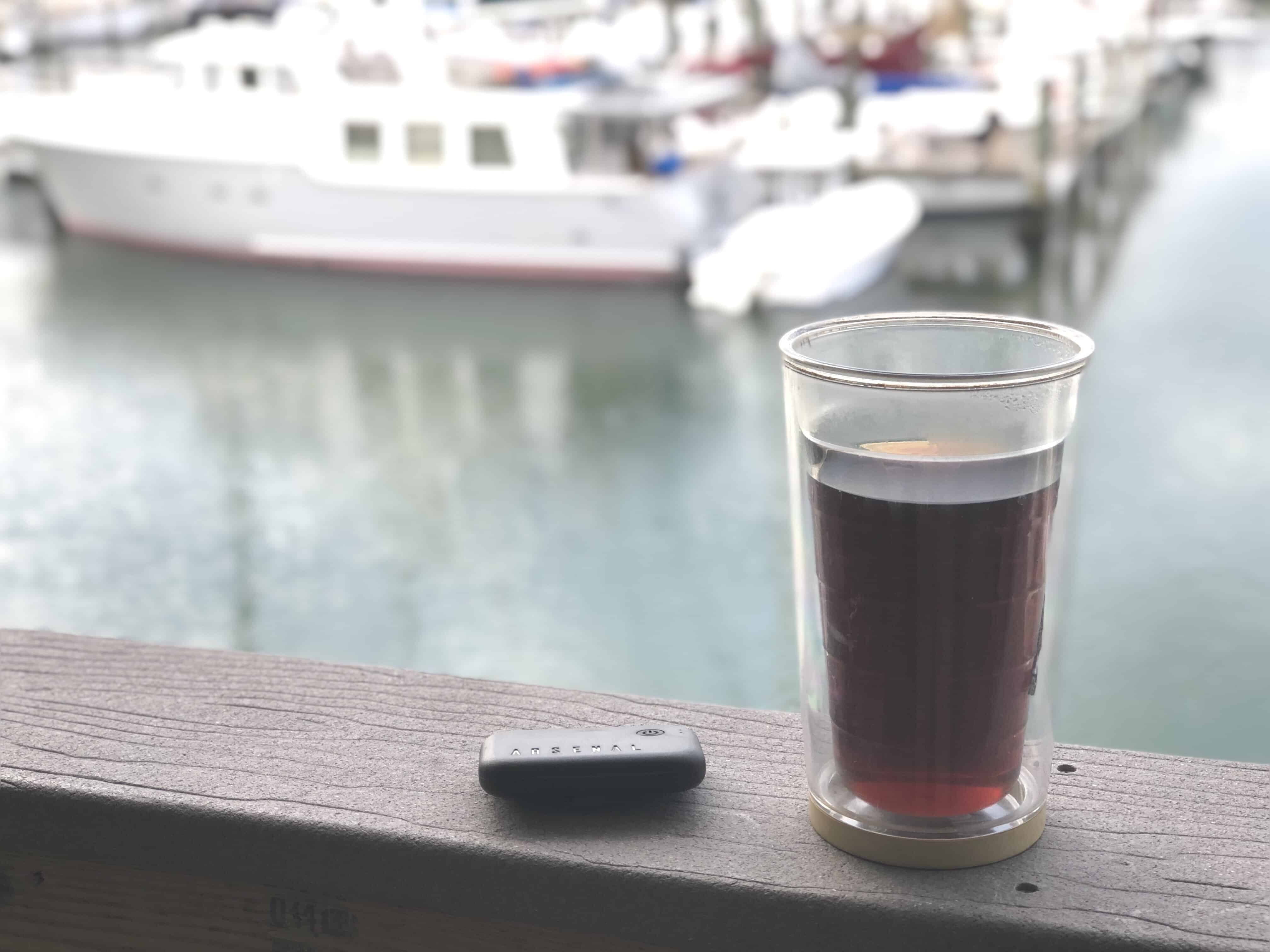 It is chilly. Need to try to fix the heat. A funny text thread ensues with Tanya. 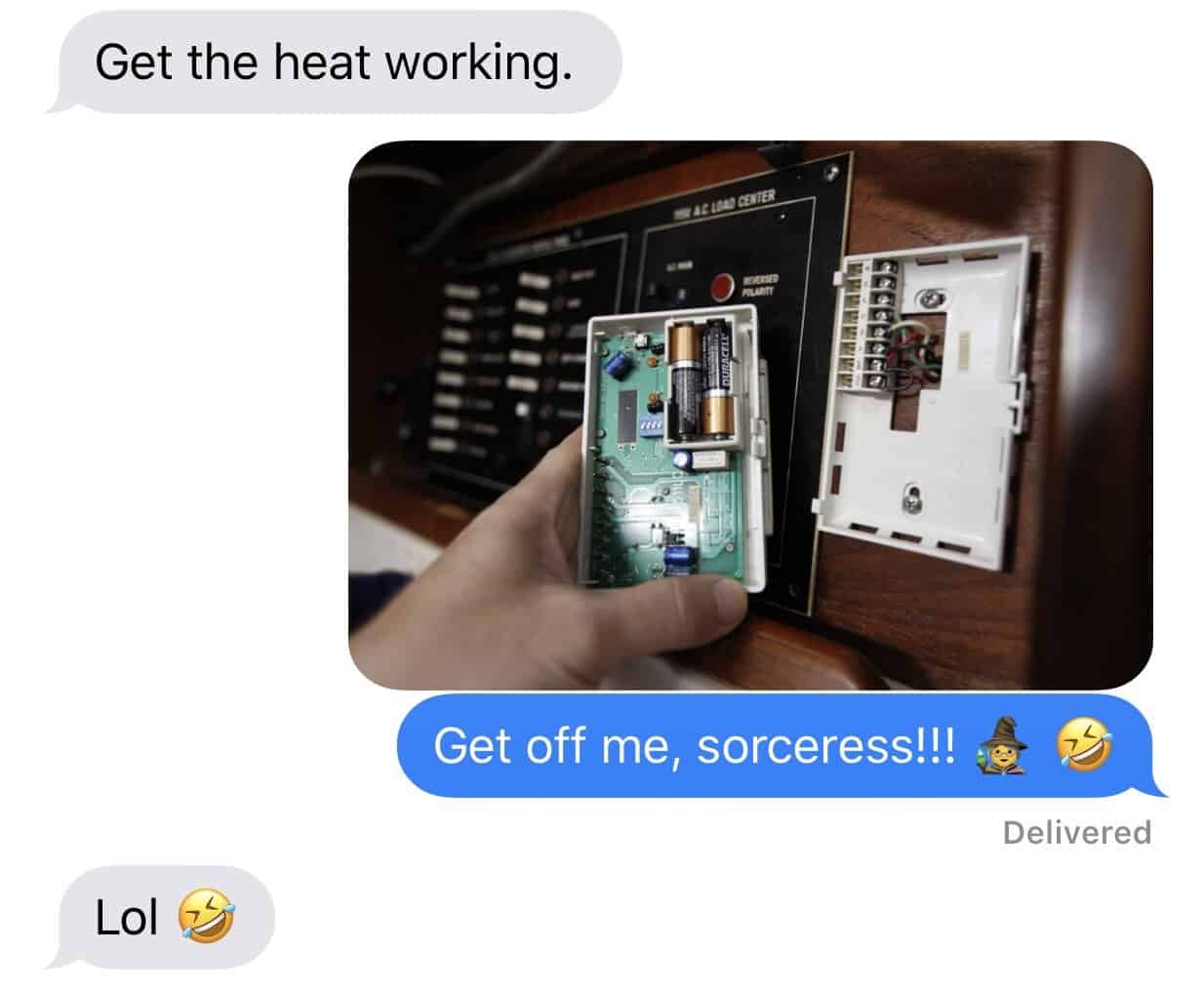 After getting the trailer episode of the podcast posted, it was time to drive to North Bumble to see Eric Stone. Little did I know that (a) it was Parrothead night, and (b) Brian from s/v Another Road (right up the dock from me) would be there! 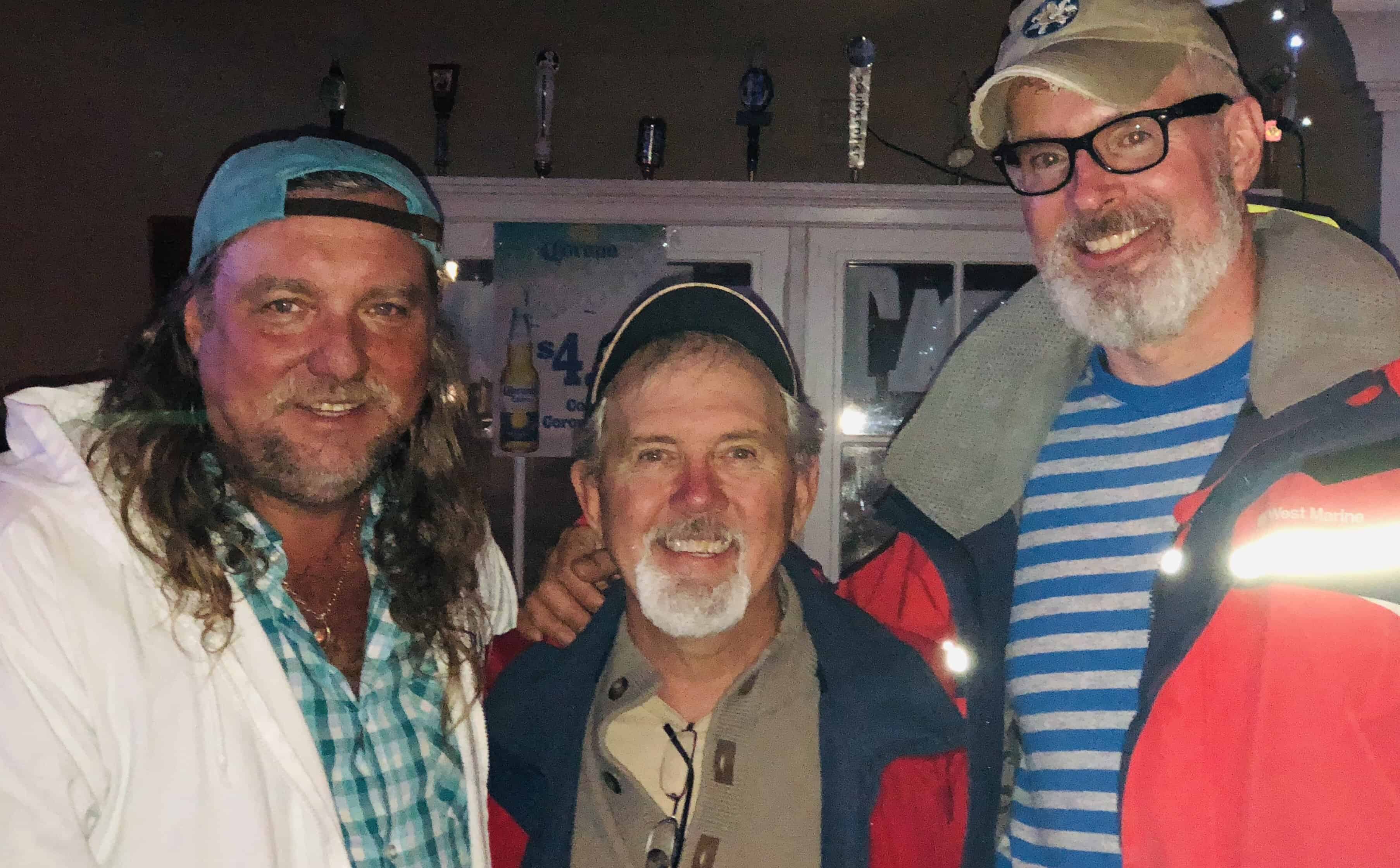 [NOTE: The visit to see Eric at the Tap Room is covered in detail in Episode 8 of the podcast, I Don’t Wanna Be Buffett.]